Blue In a Sea of Red 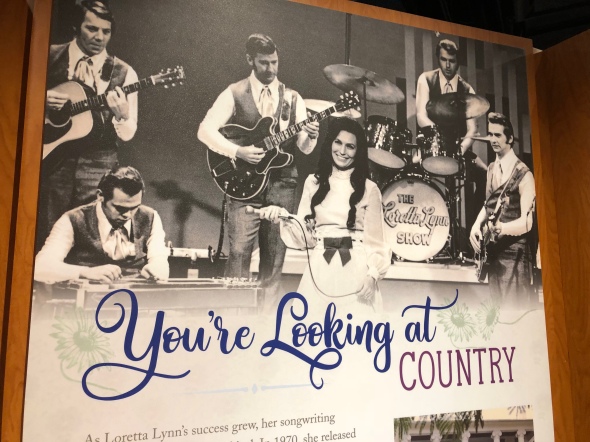 This morning I met up with the wonderful Sheppy Vann for breakfast. Between seeing her in Maine and now Nashville I have been lucky to keep up with her quite a bit since she and Dick moved away from Durham. We talked about her life in Nashville. She described it as a blueberry in a red state. I got that from their political ads for the August primary. Red candidates are proudly announcing they are Trump Republicans. From what I can tell the visitors don’t know that Nashville is blue because the ones I have encountered have been of the reddest kind.

After my time with Sheppy I went to the Country Music Hall of Fame and Museum. When in Rome… Russ was working and I had time to kill. Don’t get me wrong, there is country music I like, but I am no fanatic and I am blue. In my Talbot whites I stuck out as I refused to be a lemming and wait in the long line of the Loretta Lynn movie. The woman in the wheel chair in front of me was still waiting in line by the time I had seen the entire Loretta Lynn exhibit and had moved on the the Taylor Swift education center.

It is very hard to have a music museum without making it a bunch of small rooms with different music playing. Looking at stage costumes and handwritten lyrics on Holiday Inn stationary and old guitars is not what I was interested in. I wish it was more music. 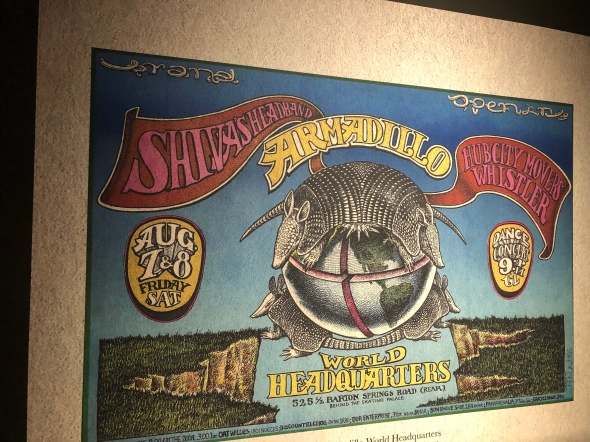 Surprisingly my very favorite part was a movie about the Armadillo music venue in Austin, Texas. It talked about how they got Willie Nelson there and in doing so it attracted both “Red necks and Hippies” at the same place. Something about pot and beer played a big role.

As I felt like I was really a fish out of water in this oh so red place with men wearing their “Make America Great again” hats, and 70 year old women wearing black “Alabama” t shirts and denmin cut off jeansI had some hope that maybe by some miracle we could bring hippies and rednecks together again. We can’t do it by calling each other names, but maybe pot and beer could play a role, not that I am interested in either, but I am interested in a purple place, where both red and blue feel they belong.