← Back at DA Basketball
Is Blogging Worth It? →

In Praise of The Durham Dump 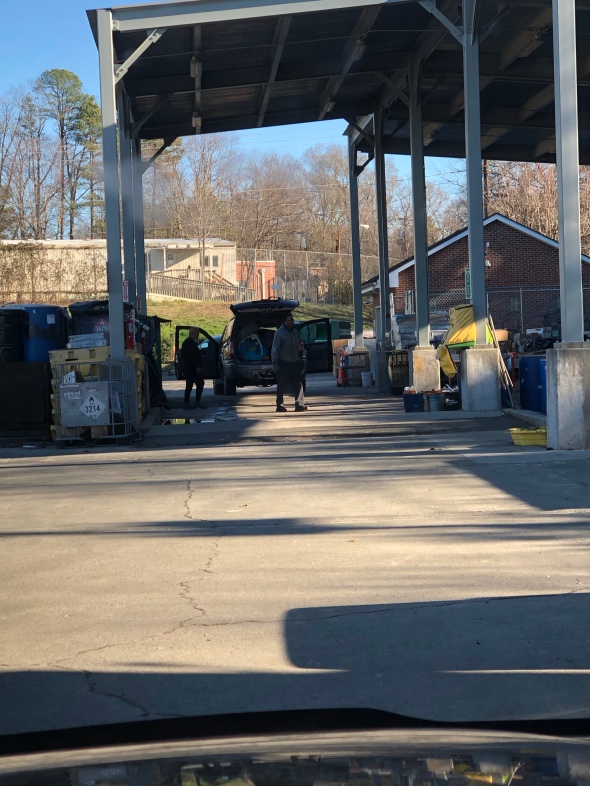 Today I had three Land Cruiser loads of stuff to go to the dump. If you didn’t know, Durham has a dump and recycling center up on East club boulevard. Usually I go to the dump on a Saturday with Russ, but today I wanted to get ahead on cleaning things out and save Russ from doing this job.

I thought I might only have two loads, but no car is as big as I think it is when packing it with stuff to move. Since I was getting rid of some large and unwieldy items they didn’t fit in the back squarely like suitcases.

I drove up to the dump with my first car load. The dump has very specific places you throw things depending on what they are. I was not familiar with the whole protocol so as I pulled in I rolled down my window and asked a guy in a yellow vest who worked there where I should put things. He directed me to back my car into a certain Bay and told me he would come over and help me as soon as he finished moving a washing machine.

He was true to his word and came right over and unloaded my whole car himself sorting my items for me. I told him I had two more loads and would be back and he said with a smile, “I’ll be here to help you whenever you come back.”

I drove home and wish I had him with me to help load the car on my end and drove back to the dump. Sue enough he came right over and unloaded my car. I told him I had only one more load today and I would be back and we repeated the dance of his doing all the work at the dump end.

I noticed in other areas of the dump everyone else was unloading their own stuff. I was not certain how I had gotten so lucky. At my last unloading I gave the guy a tip. He gave me a huge smile and a big thank you. You would have thought I had given him a bar of gold.

It may have taken three trips, but the dump solved a world of problems at my house. Russ thinks we need three dumpsters to clean out the attic. I am going to see what else I can just take to the dump myself. It was a very satisfying day.