2020 Election is One Year Away 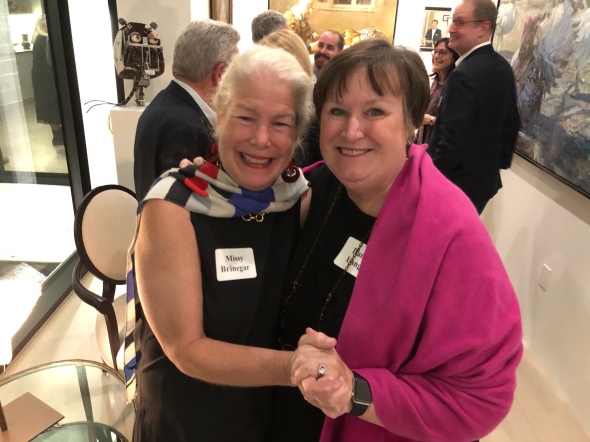 One year from today is Election Day and it is going to be one of the most important ones in the history of this country. Lots of air is going to be sucked out by the Presidential race and rightfully so, but there will be other important races that we need to keep an eye on also.

Tonight a Russ and I went to an event at Brad and Missy Brinegar’s house for our Governor Roy Cooper. It was a good group of civic minded people who are interested in a North Carolina being the best state we can be. Governor Cooper gave an excellent talk about the issues and his plan to continue to improve things. I was pleased with all he had to say.

When he was running for office four years ago Russ and I went to a similar gathering of a small group and then Attorney General Cooper was not as eloquent on the issues and how to solve problems as he was tonight. He was still better than the incumbent who was the creator of the “bathroom bill” which made North Carolina a joke in the world.

Cooper has had a tough time being a Democrat Governor with a Republican legislature, but he has held the line. We need this next election to flip a few more seats from red to blue, while keeping Cooper in office so we can make headway on education, climate change and healthcare.

The national election is important, but all politics is local and we can’t let our state go backwards. Thanks to Brad and Missy for opening up their beautiful home and for Michelle Berrey and Richard Smith for also hosting along with a large group of other generous people. We can’t sit back and let politics happen to us. We must work for the country we want to live in.