← Jumping On The Analogue Bandwagon
Hot Time In The City → 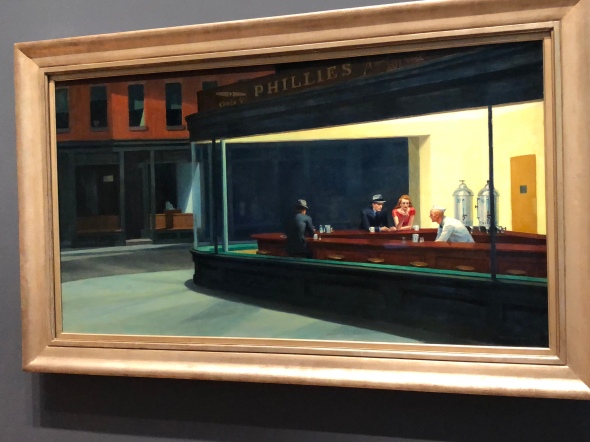 When I was a kid I loved board games, well actually there has never been a day in my lifethat I did not like board games. For years and years my very favorite game was Masterpiece. It was an art auction game. Now it wasn’t my top game because I always won, in fact it was a game that involved more luck than I usually like in a game. It was beloved by me because it used art as the centerpiece of the action. More specifically it was art from the collection of the Chicago Art Institute. 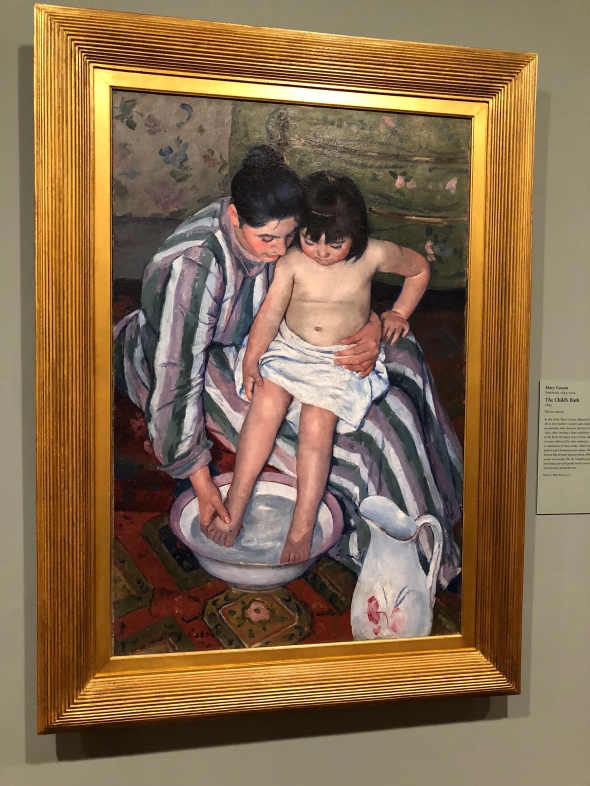 When we planed this trip to Chicago I volunteered to make the father’s day brunch reservations. It sounds like it was the right thing to do, since it is father’s day, but of course I had an ulterior motive. I made it at the good restaurant at the Chicago Art Institute. It was no hardship for the fathers, Russ and Logan, since it is a very fine restaurant, but it did mean that I had a good chance of spending the day at the museum. 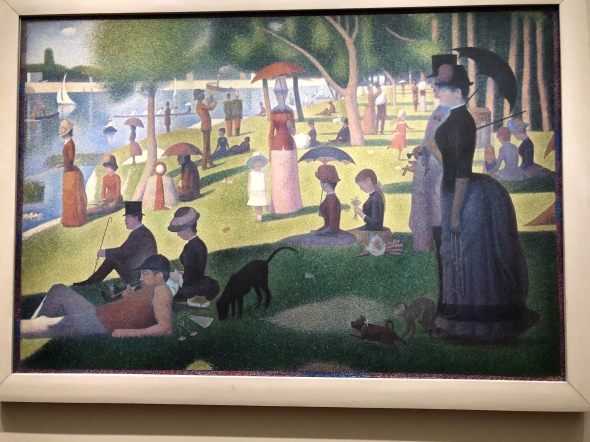 A couple of things were in my favor, it was 95° with 75% humidity in Chicago so there is no better place to be than a climate controlled world class art institution, second, Russ is becoming quite the art aficionado, and third, the Toms still had shopping to do and Russ would much rather be in a museum than in a store any day.

The Chicago Art Institute has quite the collection of fine art and decorative items and it is huge. It is well laid out by nationality of the artist and time period, but I wish they would put all the Masterpiece game pieces in one gallery. Russ and I wandered through about a third of the museum both before and after lunch and I was able to spot at least five of my favorite painting from the game. The one I always loved the most was the Paris Street; Rainy Day. It the game masterpiece all the paintings were reproduced on small cards so you had no sense of scale of the painting. When I studied art history I learned that the Rainy Day painting was large, but seeing the huge work in person made me love it anymore.

In an different art coincidence Russ and I walked into the American wing, and there on the wall was Grant Wood’s American Gothic. I had just seen it last week in NYC at the Whitney with my friend Suzanne. We knew that show in NYC was closing last Sunday, but I had no idea it would be returned to Chicago so quickly. So two visits with American Gothic is a week seems lucky to me. 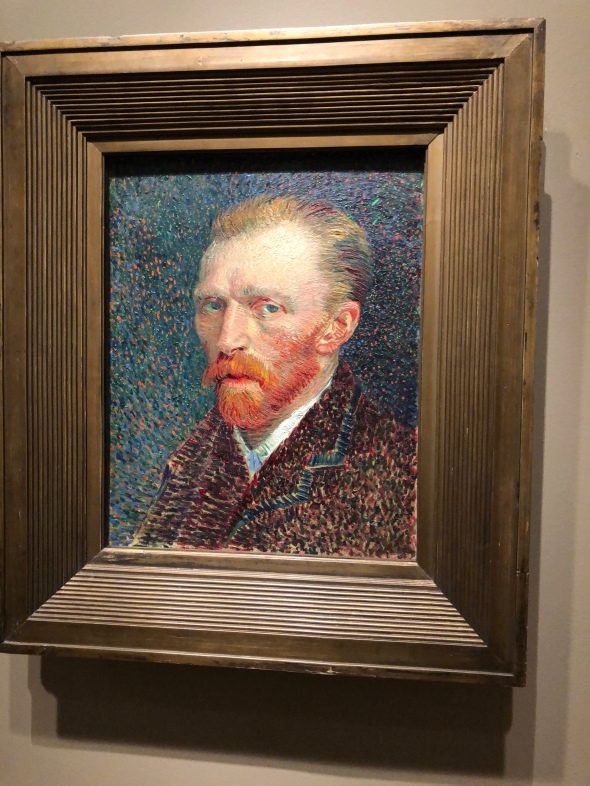 I know it is father’s day and I would be remiss if I did not wish my father a happy day. He always encouraged my love of art and never complained when I told him I was going to an art major. He figured that it didn’t matter what I majored in as long as I went into sales and made money. Sorry Dad, I gave up making money, but I still love art.

Thanks to Russ the father to my baby. Not only did he give up his day for this trip he spent it at an art museum with me. I really need to have another father’s day for him where he chooses the activities.