Atlanta By Foot and A Surprise 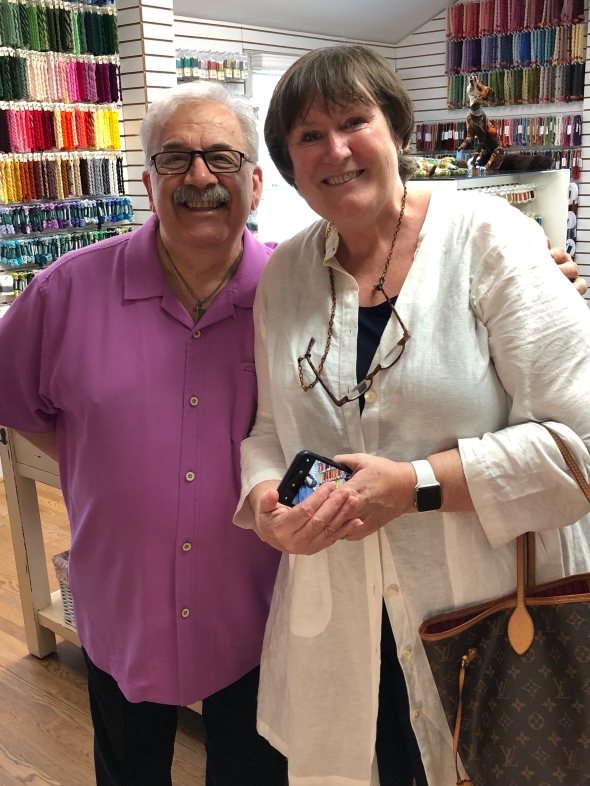 I didn’t used to think of Atlanta as a walking city. It always seemed to be designed for cars and not humans. Things have changed in one part of town. Kelly took me to the Ponce City Market which used to be a huge Sears distribution building. It has been reimagined into a shopping, eating, living and working complex in such a beautiful way. There is a greenway/walking path called the beltline that run along the old railroad tracks.

Kelly and I set out from the Ponce city Market this morning and walked a few miles to the Krog Street Market. I finally felt like we had left winter. It was in the sixties when we started and in the eighties when we finished so we went through spring and got to summer all in a few hours.

At Krog we looked around at the lunch choices and settled on Israeli food. We both had a chicken Shawarma Laffa. It was like an Israeli burrito, minus the beans and rice. So good. I am going to have to figure out how to make this for Russ. 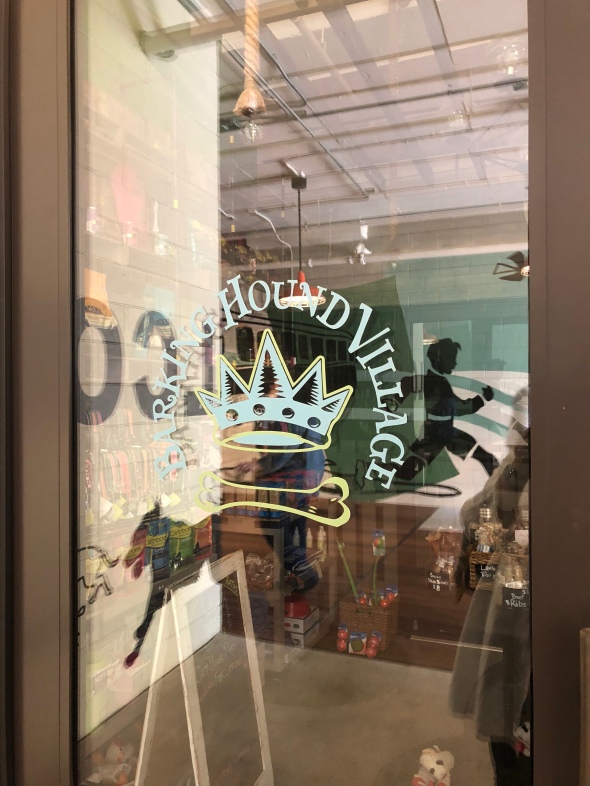 We walked back and Kelly showed me the most brilliant business, a drop in day care for dogs that is open from 4:30-9:00 at night so people can walk their dogs to the Market and go in and eat a nice dinner while their dogs play at dogcare. So smart. That is the sign that a place has turned into a walking city.

After we got oh so many steps we went to a needlepoint store called In Stitches which I had been dying to go to. Not that I need any more needlepoint, but I always like to see what they have in the way of fibers. Kelly and I walked in the little house of a store and there was the most famous of needlepoint teachers, the needlepoint god I have been dying to take a class from, Tony Minieri.

Since my dear needlepoint friend, Elizabeth Hurd, has taken many classes from him I introduced myself as a friend of hers and asked if we could get a picture together. He was a nice as could be and sends Elizabeth a hug. I explained to Kelly that for a stitcher, meeting Tony was like meeting the Beatles.

So far I am having a blast in Atlanta and i haven’t been here 24 hours yet. More fun to come.