← When The South Africans Come to Town
An Imaginary Phone Conversation →

Back in the Sweat Shop Suspicions 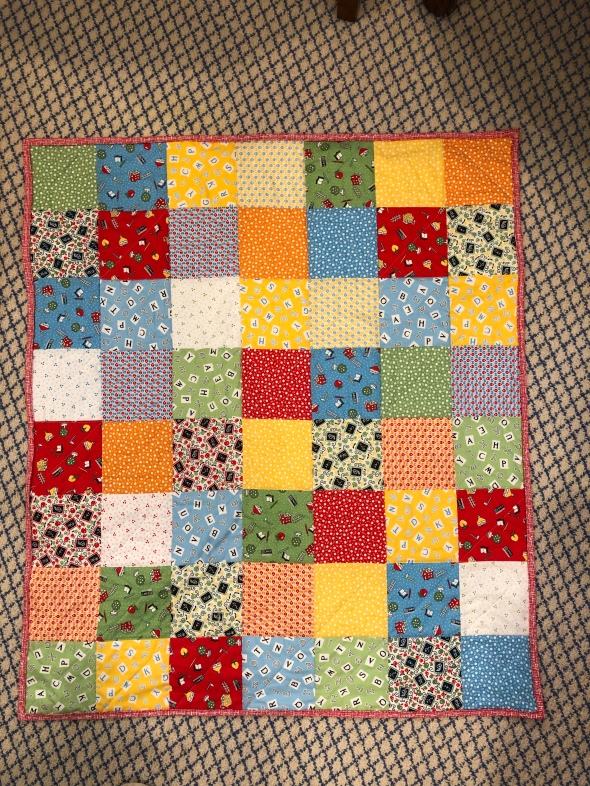 I took about four months off from my sweat shop due to painting the kitchen cabinets and Carter being home during part of the summer. My sweat shop is attached to her bathroom and bedroom. It used to be her “office” when she moved down there and took it away from Russ. When she left for college I claimed it and cleaned out her stuff and installed all my sewing stuff, but I promised her I would not hang out there when she was home. I think it is the only room in the house that has changed hands and been used by all of us for different purposes.

When Carter called yesterday she asked me what I was doing. I told her I was back in the sweat shop working. She didn’t ask me what my project was. Then today she texted as I was working and I told her I was sewing. I think this got her nervous.

A few hours later she sent me her Birthday/Christmas list that I had been asking for. Her grandfather will be asking us for her list any day now and I prefer to be prepared.

I got the e-mailed list and opened it. Three items, and one was sock and another money. She followed up with a text. “My space in Boston is tight. I don’t want any random stuff. My list is short because anything I really want is too expensive and I would rather not have stuff I don’t love.”

I think she was worried I might be making her something, something random, something she did not pick out. I get it. I agree I don’t want random stuff either. I am happy she is not a pack rat. So I am going to tell the relatives not to get her anything, except those socks or cash.