I didn’t sleep last night. I drank too much iced tea too late in the day yesterday. I didn’t take any sleeping aid and I never had the right pillow in the right place all night. Consequently I tossed and turned. When this happens I usually remember my wild dreams and have things pop in my head that I should have done that day and that I don’t want to forget about in the morning.

First thing that kept me awake was the thought that I had not called the Thai Cafe to order coconut cake for Lynn’s birthday lunch we were going to be celebrating today. I knew the restaurant did not open until 11:30 and I was going to be in the middle of giving a talk to the entire seventh grade at Durham Academy at that time.

Second thing that had me tossing and turning was the loss of one of Carter’s stored boxes, by the Storage Squad company we had paid to keep her things over the summer. They had brought 10 of her 12 boxes and her three blanket wrapped items on the correct delivery day, albeit, three hours after the assigned three hour window.

The three young men who delivered them made no apologies for being so late, without a call telling us they were running behind, nor for the two missing boxes. They just said a manager would call with them the next day. That was two and a half weeks ago. No one from the company ever called or emailed about the missing boxes, until yesterday.

I called every day and e-mailed, no one ever knew where they were, but kept promising they would come. Three days ago one came. It was not the one with all Carter’s coats and shoes and boots, which would cost a fortune to replace. Yesterday an email arrived saying the box was being delivered at 10:30. A time when Carter would be in class. This being Sunday there was no way to speak to anyone about adjusting the delivery time. So it was left to me to call and try and do this morning. 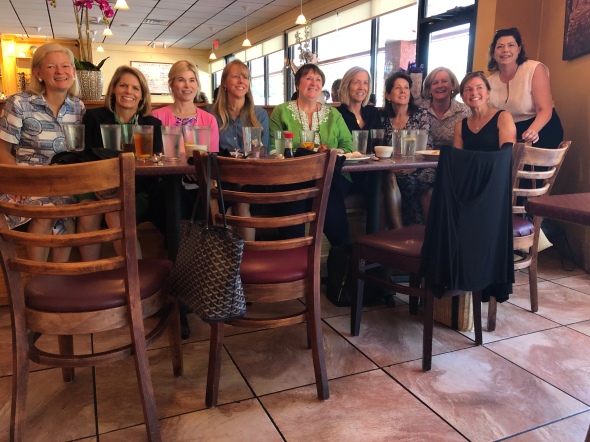 The third thing that disturbed my sleep was the fact that I was giving this talk to the seventh grade about the Food Bank and I wondered if I had all the right papers for the game I was going to play with them to teach them about how much living expenses are. 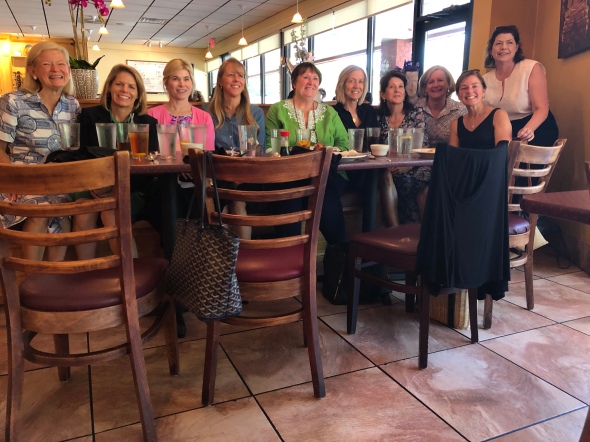 So after a fitful night’s sleep I woke up at 4:45 and emailed Storage Squad. I lay back down and at 5:45 I called Thai cafe hoping to leave a message bout the cake, no voice mail. At 6:45 I just got up. I showered and left the house, calling Storage Squad every fifteen minutes from the car.

I went to the Post office to mail three packages. The screen the Clerk was using kept blanking out and it took five times as long as the eternity it takes anyway at the post office to pay $81.00 to mail stuff. 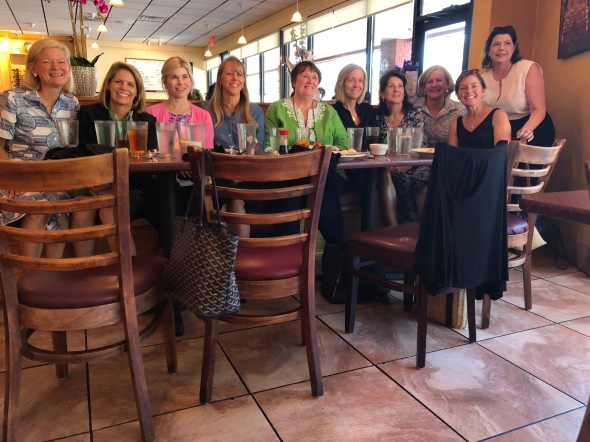 I kept calling Storage Squad. I never got a person. I never was able to reschedule the delivery. I prayed no one would take this box that was going to be left on the stoop of Carter’s building.

I went to DA. The papers were all waiting for me. I gave the talk, the kids were great.

I went to Thai Cafe to secure a big table and check to see if they had coconut cake. They did.

Lynn and the birthday group arrived and we had a wonderful time, even if the two waiters who took our picture couldn’t get it right. Here is the unedited version so you can see what a nice photo we have of a table with two pitchers on it.

Carter got back to her apartment and got the box.

All that sleepless worrying was for naught. Now I am exhausted. I am going to bed early tonight, with the right pillows and an Aleve PM. I am not taking any chances, but next birthday get together I am going to take the pictures so I know everyone is looking at the right camera at the right time, in frame and in focus.