← Netflix Helpdesk
The Food Bank is The Emergency Feeding Plan → 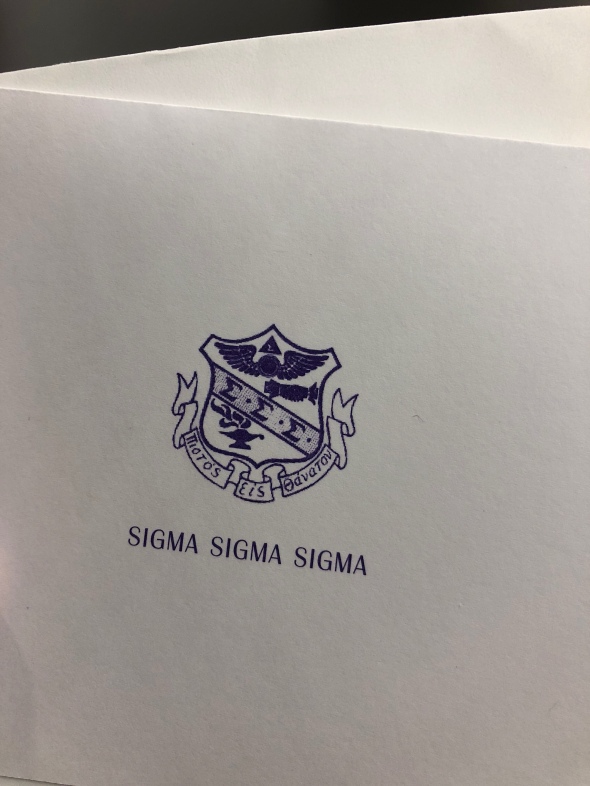 When Carter started her college search high on the list was a school where Greek life was unimportant. Although I had always sung my Pi Phi praises and Carter knew many of my sisters as still my closest friends, she wasn’t interested. So she chose Northeastern for it’s abroad and Co-op programs and the fact that it was in Boston.

After her first semester in Berlin she arrived in Boston in January to a very cold semester. She joined some organizations and had her fabulous roommate Olivia, but something was missing. She decided she wanted to rush this fall just to see what the sororities were like and meet new people.

Rush at Northeastern is not like Rush at a big southern University, but still, to a mother the cutting of girls after each party can be heart breaking. Since I was Membership chairman two years at my sorority I know what a numbers game the whole thing is, and we didn’t have computerized matching back then.

Last weekend Carter went to all nine houses the first day, she got invited back to the maximum number of six the second day. The thought of my introverted daughter going to nine parties and talking to that many people in a short period of time made me sweat. She reported liking them all and thinking she really wanted to join one. She had one house as her top choice last weekend.

This weekend she was invited back to four, the most she could go to on Saturday and her mind changed completely. She called me and was very emotional that she really liked a different one and was now confused. All good, I told her. You probably will like more than one and be happy at any of them.

Sunday was Pref day and she was invited back to two, the maximum, but it was her first and fourth choice. She had been cut by the one that was her early favorite. She more than ever wanted her first choice and was not sure she even wanted to join her fourth at all. I didn’t want to remind her that she didn’t want to join a sorority at all when she was looking at colleges.

I waited patiently all day for the time she would go and see if she were invited to join any sorority, but more importantly, the one she really, really wanted. At 5:30 I got a text, it was a card from her top choice, Tri Sigma.

Deep breath from this Mama. I am certain she is going to enjoy it and develop some life long friendships, just like I did with my Pi Beta Phi sisters at Dickinson. 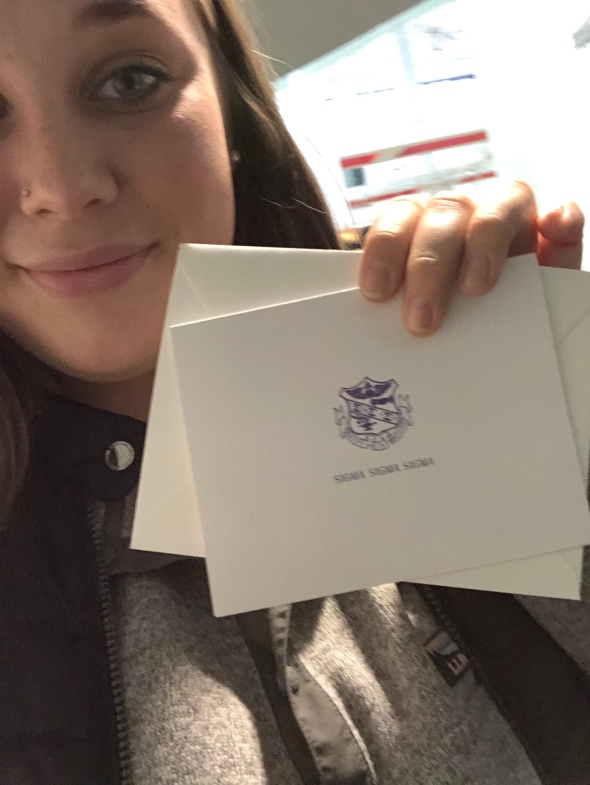 Congratulations Carter. I guess I need to find some Purple and Pearl clothing for you for your birthday. Now don’t forget to keep studying too.