← What Are You Wearing?
The Beauty Of Collaborations → 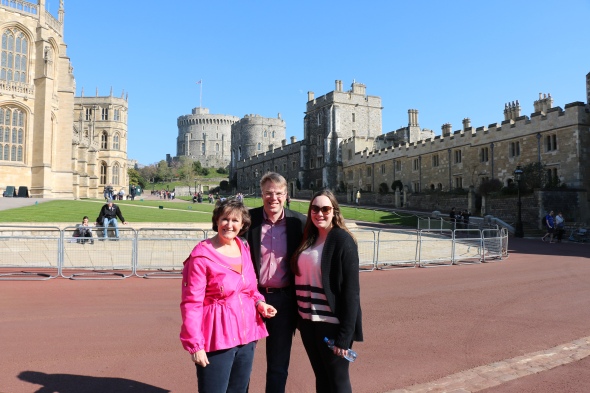 Like so many people I woke up this morning to see our American Princess marry her prince. I figured it was my last chance to watch a British Royal wedding of any consequence for at least another quarter century and no one does weddings better than the Royals.

To me the highlight was Bishop Curry, who until recently was the North Carolina Episcopal Bishop. His homily really rocked the stiff upper lip crowd, who looked nervously at their programs. I was waiting for Oprah to give him a big, “Amen.” 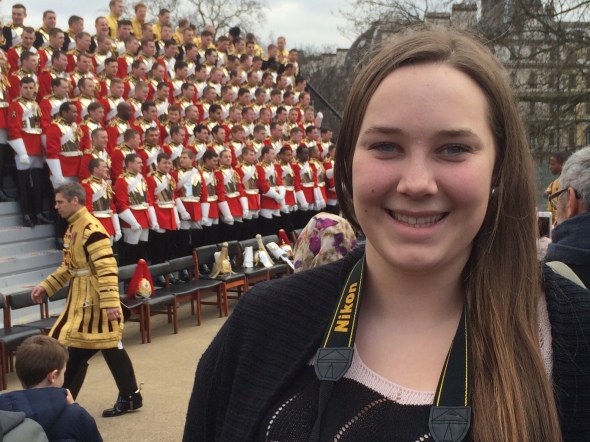 It was such fun that the whole thing was held at Windsor where they have the best chapel. As the newly married Duke and Duchess were parading in the landau carriage right after the ceremony all I could think of was how in the world did all those people get to Windsor? It’s not such a big town, with very little parking and the train service from London is not direct.

Russ and I took Carter there one March Day a few years back and I remember we had to change trains. 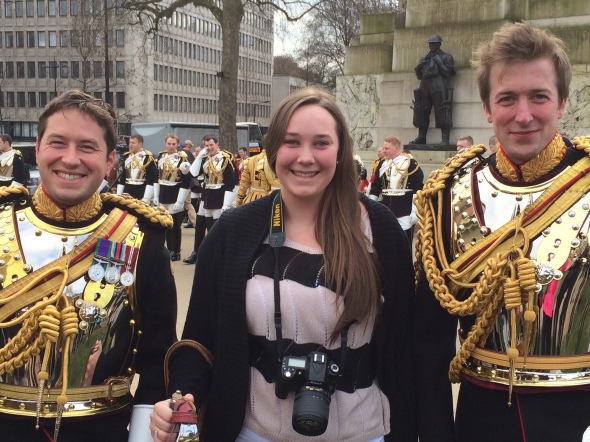 As Harry and Meghan were driving in the carriage surrounded by the queen’s horse guards, I thought I recognized a few. That same day we went to Windsor he happened upon the horse guards having their annual photo taken in Hyde Park. Of course they do all look alike in their very fine uniforms.

There is nothing like a good Royal wedding to take the world’s attention off Brexit. I think that Meghan is the right person at the right time for Britain. She appears to have the queen’s blessing based on the story that the queen gave Meghan’s dog a ride out to Windsor. The best way to the queen’s heart is either through a dog or a horse.

The saddest part for me now that the wedding has come and gone is this means the news is going to turn back to our “I am the king” guy in the White House. It was so nice for a little while to pretend he wasn’t there.