← I Miss My Tribe
Presidential Lies → 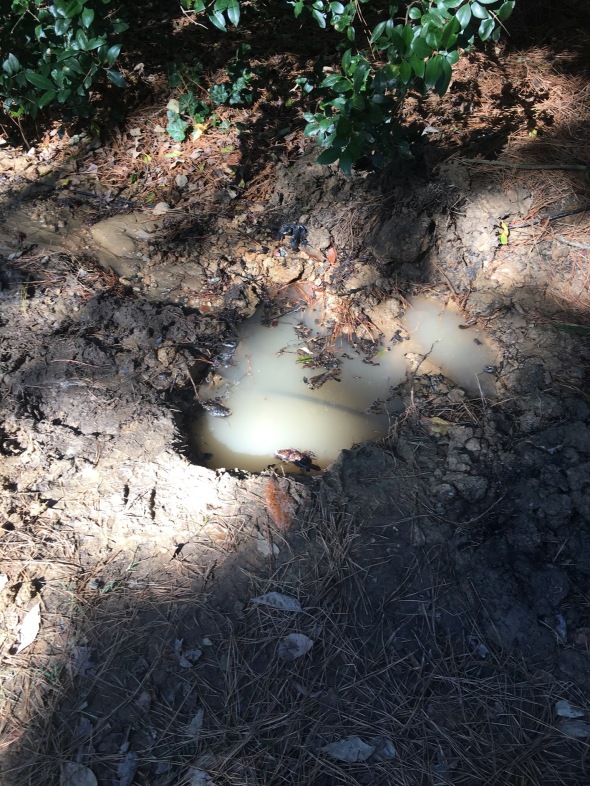 Yesterday there was a knock on my door and two guys from my sewer line replacement plumbers were on my front porch. “Did you call us?”
Turns out it was my neighbor across the street. “As nice as you guys are, I am happy to say I don’t need you.” I spoke too soon.
This morning, 28 Days after Spectrum ran a temporary replacement cable from the pole across the street, on the ground over the pavement and through my yard, the fourth crew of cable burying guys showed up. I am not sure why the three previous crews all made feeble attempts at getting the cable to run under the street and failed, but today’s guy assured me he could do it. And he did, but not without breaking my water line.
I was told by Spectrum that the contractors who bury the line never need the customer and actually are not even supposed to talk with us. Not really a good policy. I left the guys working in my yard and went to lunch, when I returned I noticed one of the installers looking nervous as he stood on the side of my yard. I asked him if everything was OK from afar. He said yes.
I went inside and something told me things were not going well so I went back out and walked over to see what was going on. That is when I heard the load gushing of water and saw a small river.
“How is this OK?” I asked him. They told me it was fine they had called the city water guy. I told them that they had to turn the water off at the meter and showed them where it was. At this point I was now without cable/internet and water.
I took maters into my own hands and called my sewer line plumbers because I knew their work. The city water guy showed up and told the cable guys the cut in the line was on my property and therefore was not the city’s responsibility. I already knew that.
After talking to the cable supervisor I got it worked out, but was trapped at home for the next six hours supervising the restoration of basic services. So much for my day. Fair warning that if your plumbers ever show up unannounced they might just be a day early.